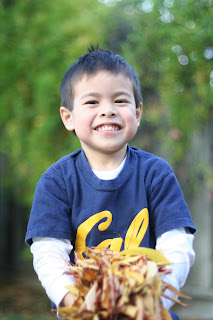 When Ryken was first born, my husband and I would spend what seemed like hours stroking his smooth cheeks. We marveled at how perfect and soft his skin was, how perfect he was. The weeks of recovery from debilitating sciatica, the painful learning curve of breastfeeding, and the sleep-deprived nights didn't seem to matter much as we held him while he slept peacefully.

As with most things concerning newborns, all this didn't last including the nice skin. When he was 3 months, Ryken developed atopic dermatitis (eczema) while on a hot trip to L.A. He developed crusty, oozing patches on his face and legs. We also found blood in his stool. It was then that we first began to wonder if he was allergic to dairy. I was nursing Ryken and had eaten some rich cheesecake the night before, a treat I don't normally enjoy.


Having been good studies of the What To Expect variety, we accepted the skin condition as just another normal baby stage, went 100 percent cotton with everything that touched his skin, and treated him with Eucerin, Aquaphor, then mild prescription steroids, and sometimes antibiotics when his legs started to ooze from scratching. I started drinking soy milk instead of cow's milk, just in case. After a couple months of fighting his raging eczema with little results and reading more about infant eczema online, I started to wonder if Ryken was really allergic to something in my milk. I went on an elimination diet quitting on all top 8 allergens for about a month. The experiment proved to be inconclusive ("What, little man? You're STILL rashy??") and hard on me. Restricting my diet caused enough stress on my body that I developed the shingles, a painful recurrence of chicken pox that normally afflicts people over 60.

After recovering from the shingles, I decided to take Ryken to an allergist. The allergist recommended a scratch test for Ryken, who hadn't even had his first solid food yet. The scratch test didn't yield much information -- false positive on carrots, and no indication that he had a problem with dairy and peanuts, his current food allergies. Looking back on the experience, I shouldn't have taken him to an allergist so early as testing on kids under 12 months is often unreliable. The one reward, though, was that I got the encouragement to resume a normal diet again. I still avoided drinking cow's milk out of suspicion but I didn't let my fears completely keep me away from other milk products. Ryken's eczema, thankfully, eased up a lot after he turned 1 even though I was still nursing him. I will ever know it the skin improvement was due to his maturing body or my reduced dairy intake.

Ryken started solids at 7 months. At 11 months, he tried eggs for the first time. A rash quickly developed around his mouth, so we held off on eggs until a few months later. (He outgrew his egg allergy after turning 1). At one year, Ryken tried yogurt. Or, I should say, he didn't try it. I held out a spoonful, he touched his lips to it and then quickly wiped it off his mouth with the back of his hand. Although he hadn't eaten it, the evidence of a milk allergy was clear: Ryken almost immediately broke out in hives around his mouth and on his wrist where he had wiped his face.

We avoided giving Ryken any dairy or any new major allergens. After months of being careful, I had realized that dairy is everywhere -- in all sorts of processed foods and also in little tikes' hands (as milk, cheese, crackers) as they played, sat for storytimes, or accompanied their parents on errands. Ryken would sometimes develop random hives on his face while we were out shopping or in another public place. I became very careful about pre-wiping the surfaces for shopping carts, restaurant tabletops, and public play areas to minimize possible reactions.

When he was two, Ryken underwent the scratch test again with a new allergist I trusted. This time the results informed us that he was, in fact, allergic to dairy as well as peanuts. We've since had yearly blood tests that confirm a severe milk allergy and a moderate peanut allergy. And through trying new foods at home, I'm pretty sure he has developed an allergy to walnuts, too. Ryken's younger brother, Callan, was also recently diagnosed with a mild milk allergy after a rare outing with Grandma turned into a visit to the ER.

For the most part, we have avoided accidents. But there have been a couple times when he accidentally had dairy -- another from store-bought gravy for which I missed seeing "whey" among the dozen lines of ingredients, one from a confusingly-labeled baked good; and, the worst, an accidental gulp of cow's milk when Ryken was too impatient to confirm with preschool teachers the type of drink in an unlabeled pitcher. Thankfully (for Benadryl!) I haven't had to use the Epipen...although in two of the cases involving vomit and sweeping hives I was told by doctors afterwards that I should have.

We have greatly reduced buying processed foods. We are almost completely dairy-free and nut-free at home save for my husband's non-dairy coffee creamer (more on that later). We prepare most of our meals at home and all of our baked treats are cooked from scratch so we are confident in being allergy-free. If there's one good thing about having a child with allergies, it's that we know what's going into our food.

At five, Ryken understands about his special circumstances and is getting better about accepting his lot. His feelings are still hurt when he can't have what Mom and Dad are eating at parties or when he has to pass up on most of his Halloween loot. But he is surprisingly good at quickly refocusing on what he *can* have, especially when it includes a homemade cupcake, a new book, or special toy. In general, food allergies hasn't stopped Ryken from having a great time wherever he goes but we as parents do work behind the scenes to ensure that he'll always have an attractive alternative.

Ryken's preschool was nut-free and great about doing dairy-free snacks on the days Ryken attended. The teachers' mission was to make the learning environment safe and inclusive for all kids. When we made the jump to Kindergarten last fall, it was different but better than I expected. Ryken's teacher and I emailed all the parents about Ryken's food allergies and asked parents to contact me ahead of time if they planned to bring in a birthday treat. This has worked out well. Ryken also has a box of safe snacks at school for when class treats are brought in without advance warning. And he has been great about washing his hands before he eats the snacks I pack for him. (Washing after recess...now that's another story!)

So this brings me here to GetAllergyWise. I'm glad to be connected with other families living with food allergies. I'm looking forward to swapping tips, recipes, and allergy "war stories" with people that have been and are there. And I'd love to do what I can to help others learn more about allergies and how to keep all kids safe. Looking forward to meeting more of you and hearing your stories, too.
Posted by Irene C. at 1:45 AM