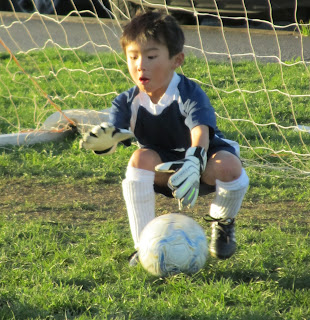 After 11 months of trying, eyelids still encrusted with sleep, and hair still in a knotted nest at the nape of my neck, I peeked just enough to see the test read positive.  Heart pounding in my chest, I woke my semi-conscious husband with the news of the impending birth of our first child.  We were going to be parents.

The bliss lasted about a week until the vomiting started.   Vomiting occurred every single afternoon like clockwork--I would literally run the three blocks from the school where I taught 28 fifth graders to our Outer Sunset split level, bee lining it straight to the toilet.  After regularly gagging at the slightest whiff of Chinese take-out, growing so big that even my maternity overalls were obscene, and developing a dark line stemming from my belly button down that seemed to read like an x on a treasure map, I thought the biggest changes had already taken place.

Then, in August of 2004, a perfect, six-and-a-half pound boy was placed into my arms after 24 short hours of labor.  He was perfect.  A baby full of energy and life and a newborn-fatigued-but-happy mom shared many tender and quiet moments feeding, rocking, and strolling (lots of strolling!), and less and less continuous stretches of sleep.

Very early on, Tristan had itchy, rough, dry patches all over his body in the form of what we learned to be atopic eczema, and after tons of scratching (should a four-month-old be this adept at scratching?), various prescribed creams, ointments, and oils, cold washcloths, purging anything polyester or wool, a lifetime supply of Aquaphor, doctor's visits, and sleepless nights that seemed to blend each day into the next, we thought, what next?
What happened next occurred one day when Tristan was 9 months old, as I was getting him ready for his afternoon nap.  He literally started vomiting on my lap.  Projectile, over and over again until I managed to dry him off, grab his favorite blankie, and put him on my lap in the back of our station wagon, while my husband swerved through Lincoln Blvd. traffic as we raced to the ER.  His eyelids started getting heavy, and not knowing if he was dozing off or losing consciousness, I played with him to try to rouse him as we pulled into the emergency drop-off lot.  By the time we settled into the waiting room chairs, he was relatively calm and had stopped vomiting.  He reeked of dried-up vomit and was probably a little bit thirsty, but other than that, he looked pretty content by the time the paperwork was filled out, pre-exam questions had been asked, and the intern had finally made her way into the exam room.  Because he hadn't eaten anything he hadn't tried before, she ruled out food allergies and food poisoning and, after a brief chat with the pediatrician in charge, declared that he had a stomach flu.  Done and done.

Looking back on that day, what a learning experience that was for me.  The intern asked if he'd eaten anything new that day...no, but he's only had yogurt about 3 times.  I should've asked, "So couldn't it be possible he could still have a dairy allergy?"  And then, "Why does he seem perfectly fine now?"  My gut must've told me what the intern couldn't, because I waited a month before trying yogurt again, and yes, a similar vomiting episode.  Dairy allergy confirmed.  I got a referral to an allergist immediately (there were SO many questions!), to be followed by a scratch test resulting in something that resembled a hive that spanned the entire area of his back--not very conclusive results, except that this kid was definitely an allergic one.  Not being the most outspoken person, I dealt with Tristan's allergies in my own ways, gently reminding grandparents of his allergies at family dinners (which were later confirmed as dairy, egg, shellfish, and nuts), taking extra time at the supermarket to read labels on products (gasping at how limited his food possibilities now were!), reading a few basic allergy books, joining FAAN, and committing myself to breastfeed him as long as I could (when he was 20 months old, we sat down and had a short talk about the Spongebob straw cup that would be the source of his Rice milk from then on).

First days of preschool and kindergarten have now come and gone, but the anxiety stays with me everyday that I put him in someone else's care.  I learned to speak up more, wanting and needing as many people as possible to know, remember, and understand the severity of Tristan's allergies.  Not wanting to be an extra burden or single him out in some way went out the window.  He IS different from others.  He's awesome.  Like only an allergic child could, at two years of age learned to clearly articulate phrases like, "is there dairy in this?"  He can take Claritin like a pro, and even keep his eyes open to receive allergy drops.  His passion for making art out of garbage, ability to make friends with every kid on the playground, crazy fashion sense, and charisma that literally lights up any room he enters make him pretty darn special.  And it's all of this, and my intense yearning for him to not only lead a normal life, but an incredible one, that has inspired me to start this journey.  To raise awareness about food allergies amongst parents, children, and school staff, so that on top of worrying about the class bully and Friday's spelling test, I don't have to worry about a potentially fatal allergic reaction occurring at school.  And neither will other parents of allergic children.