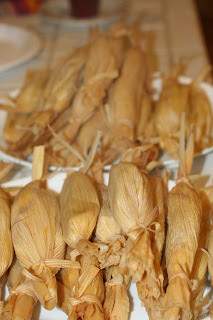 On the last school day before winter break, Ryken's class had a party which celebrated the many holidays and cultures that are represented in their class.  I boiled some good old Ling-Ling potstickers to introduce the kids to a food shared at Chinese New Year.  Being that my son is in a Spanish bilingual school, the overwhelming type of party food was Mexican.  There were tamales, taquitos, and buñuelos alongside American party food like pizza and cookies.  It was quite a spread!

As the foods contained milk or cheese, Ryken wasn't able to try any of the Mexican foods.  (He did eat some safe Trader Joe's taquitos and a ton of potstickers!)  It was too bad because the making and sharing of these foods is in integral part of the holidays just as noodles, dumplings, and special dishes are to Chinese New Year.  Tamales, especially, are popular at Christmas time, perhaps, because they are too labor-intensive to do on a regular basis.  In our effort to educate ourselves with Mexican culture and in a self-serving attempt to get my Mexican food fix safely (seriously, I love tamales!), I decided to go for it and make tamales with the kids.

I made sure to have a couple of children's books available for my little chefs before or after the tamales were done.  Too Many Tamales by Gary Soto and Growing Up with Tamales by Gwendolyn Zepeda are excellent picture books that spotlight the importance of tamale-making for families at Christmas time.  They are both warm family stories that remind kids of the steps and love needed to make the tamales. 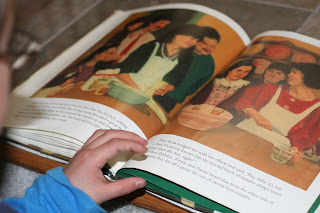 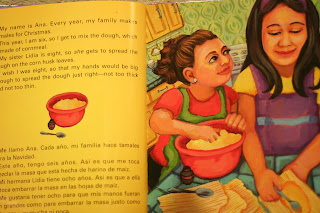 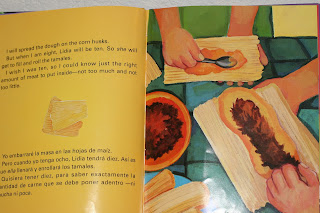 We visited a local Mexican market for the corn husks and masa harina (corn flour) although I'm pretty sure I've seen both at some bigger chain supermarkets. 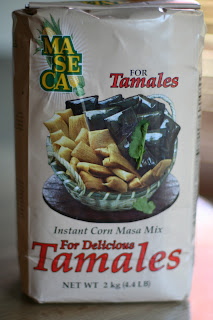 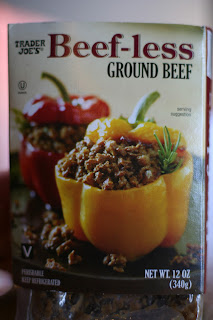 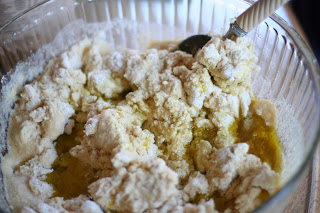 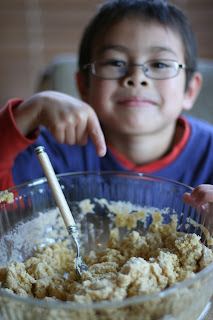 While this was a multi-step process, fillings can be prepped in advance.  I really liked using Trader Joe's already cooked "beefless" veggie faux meat.  I imagine it saved me a few steps!  Rotisserie chicken like Costco's would also make a good, ready-to-use meat in the filling recipe.  My first grader was able to spread the dough and filling for several tamales before getting bored or frustrated.  (I tied them all shut.)  Overall, the tamales did take time but, just like what's shown in the books, this is a perfect activity to do around the kitchen table with family. 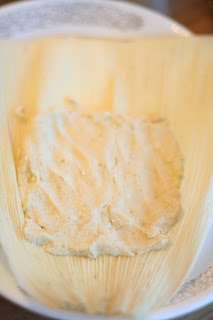 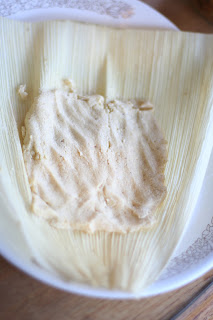 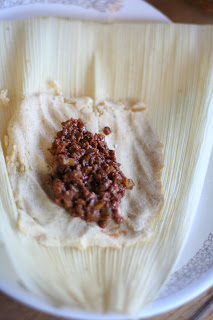 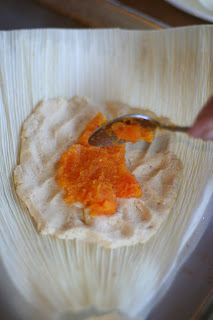 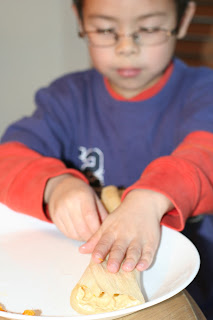 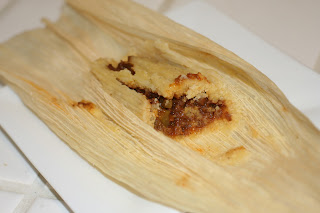 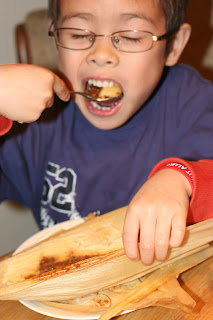 I made approximately 40 tamales with the above ingredients and had some butternut squash filling left over.  I thought both kinds of filling turned out well but the meatless meat filling was the big hit with kids and grownups alike.  My husband said these tasted just like the real thing which was a nice compliment being that traditional tamales are often made with meat, lard, butter, and/or cheese.

Whether you are making tamales, latkes, Chinese hot pot, or a Christmas ham, we at GetAllergyWise wish all of you and your family the safest and warmest holidays.  We will see you in 2012!
Posted by Irene C. at 9:00 AM