Bring on the Red, White, & Blue

Fourth of July.  A day for family, picnics, hotdogs, and all things red, white, and blue.  And what better way to celebrate than to make one of America's favorite desserts: Jell-O.  Who could forget a tray of Jell-O chilling in the fridge on a hot day, pudding pop commercials featuring Bill Cosby, or the coveted rainbow layered Jell-O served at parties?

Such a mystery to my little hands, how they got all those colors to line up so perfectly in one little square of Jell-O.  And what was the white layer made of?

Well, Jenn at JustJenn Recipes seems to understand my childhood obsession, with a beautiful tutorial on how to make rainbow Jell-O.  I decided to try my hand at making a dairy-free version for the Fourth of July, using coconut milk instead of condensed milk.

1. Combine 1 cup of coconut milk with 1 cup of hot water and set aside.  If you prefer a sweeter white layer, you could probably add some sugar to this mixture.

2. Stir in 2 envelopes of unflavored Knox gelatin with 1 cup of hot water, then combine with coconut milk mixture and let cool to room temperature.

3. Mix together box of red Jell-O, 1 envelope of Knox gelatin, and 1-1/2 cups of hot water.  Pour about half the mixture into 9 x 13 Pyrex pan and let chill in the refrigerator until set, about 30 minutes.  If you are worried about sticking, grease bottom and sides of the pan with coconut oil*.

4. While the red layer is chilling, mix together box of blue Jell-O, 1 envelope of Knox gelatin, and 1-1/2 cups of hot water.  Let it cool to room temperature.

5. Once the red layer has set, add 1/3 of the milk mixture to the pan, and let chill in the fridge for about 15 minutes, or until set.

7. Cut into squares and enjoy! 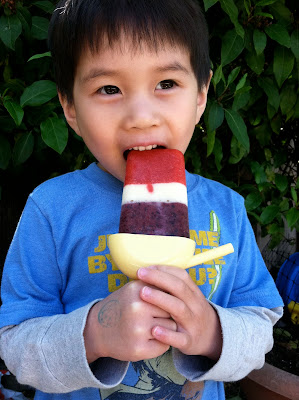 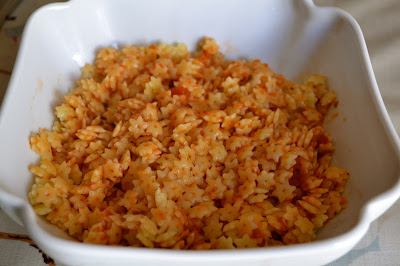 fresh berries over soy or coconut ice cream or yogurt, 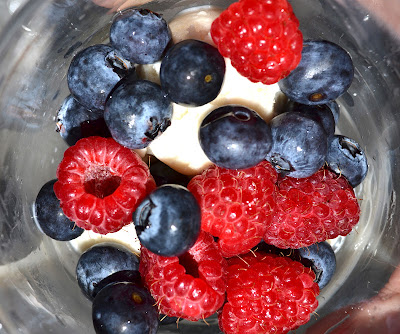 or a bowl of red, white, and blue tortilla chips with your favorite salsa.  Happy Fourth!!! 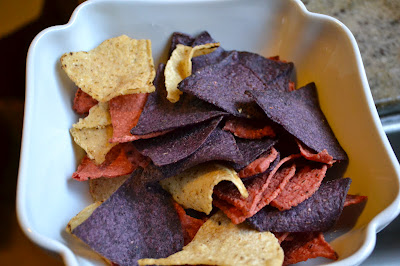