On the trail: in search of allergy-friendly granola bars

Our family had a blast camping over the weekend.  There's just nothing like a warm fire, S'mores, homemade scones, and seeing kids involved in endless fun activities that only involve trees, sticks, a few wheeled toys, a couple of hills, and an endless supply of dirt.  It's totally worth the five loads of laundry!
Camping gave me the motivation to test-drive and tweak some more granola bar recipes.  While I really liked the last year's granola bars, a substantial portion of the ingredients was wheat-based.  I have been trying to cut down on my gluten/wheat intake.  I get bloated from eating pasta and a few months back suffered debilitating abdominal pain after eating foccaccia so I've been careful to add other healthy gluten-free grains into the mix.  Instead of trying to figure out substitutions for last year's granola recipe, I figured why not explore some new alternatives?

I found a very handy granola recipe on the fAnnetastic food blog, a nice site for recipes and tips for a healthy lifestyle.  Blogger Anne's recipe was already vegan and gluten-free.  I tweaked it a little to make it nut-free and reduced the amount of dried cranberries, which I found to be overwhelmingly sweet.  I used quinoa flour instead of the suggested garbanzo flour since that is what was in the pantry.  Quinoa flour added a nice slightly nutty (without the nuts!) taste which was nice for the earthly, natural taste of granola bars.  Both quinoa and garbanzo flours are protein-rich so whichever option you choose will be a nice addition to your bar. 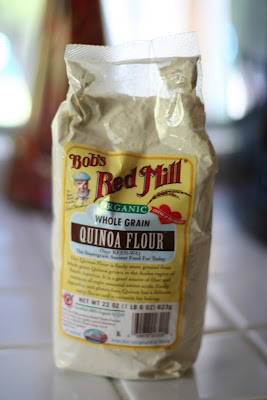 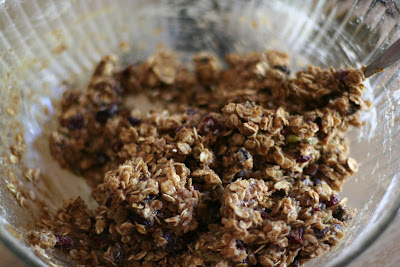 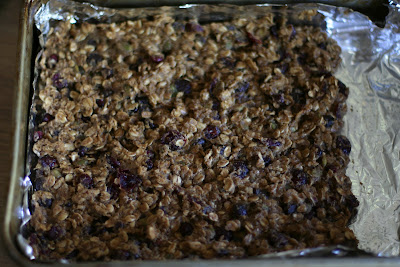 I also tried fAnnetastic's no-bake granola bar recipe.  Mine didn't hold together -- it could have been because I used maple syrup and sun butter in place of brown rice syrup and peanut butter -- but the resulting granola hash is a really tasty breakfast cereal or yogurt companion.  I saw a lot of other healthy, not-overly-hard recipes on the fAnnetastic blog that piqued my interest.  I will definitely be back to the site to try out more!

Email ThisBlogThis!Share to TwitterShare to FacebookShare to Pinterest
Labels: snacks